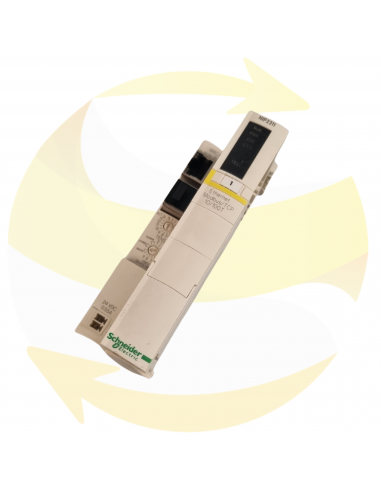 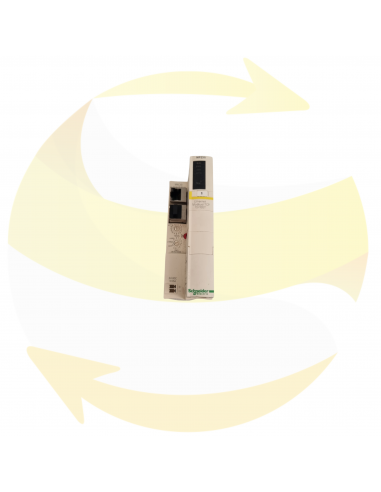 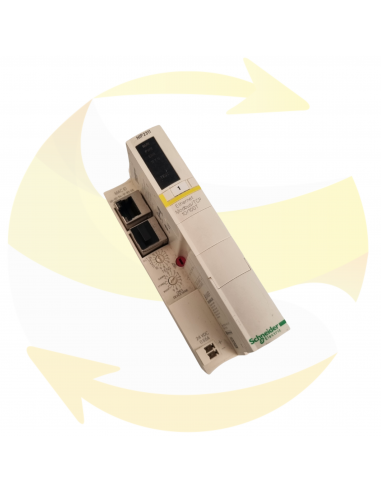 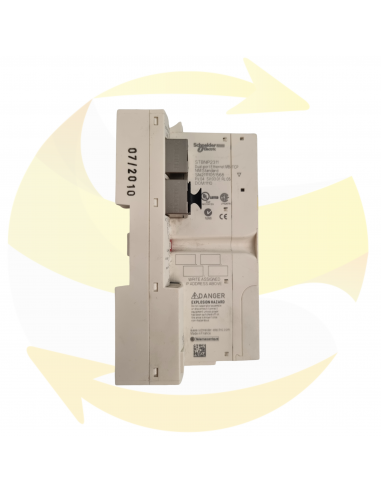 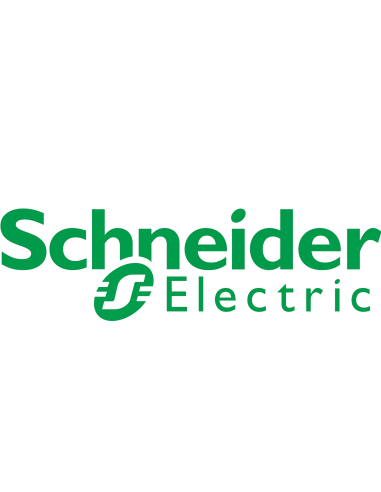 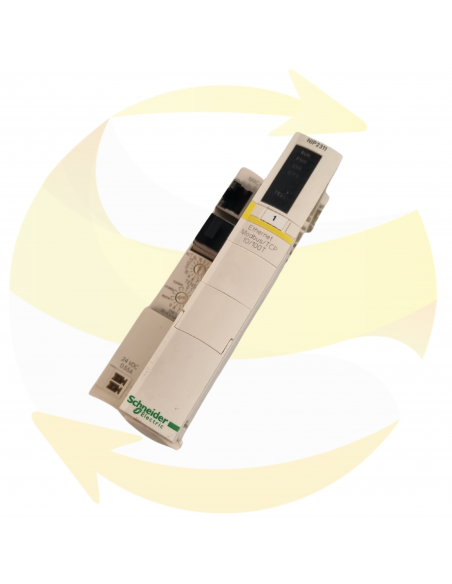 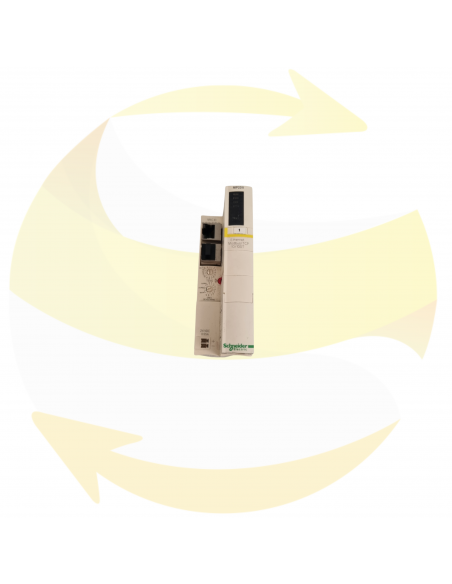 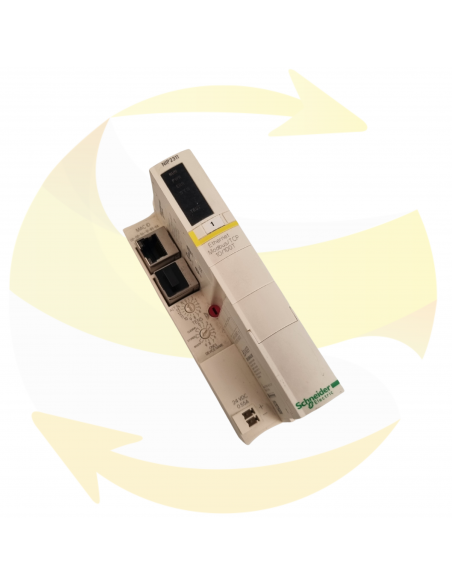 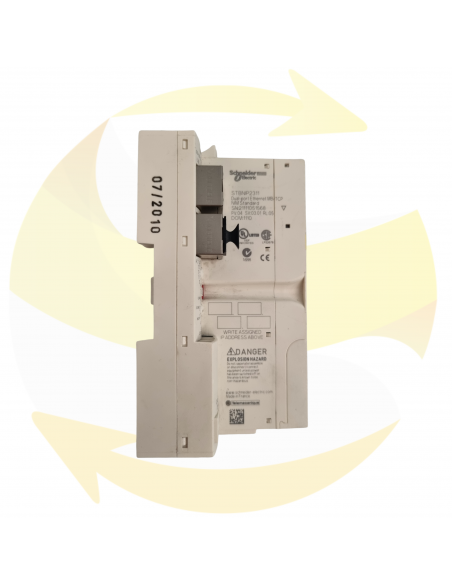 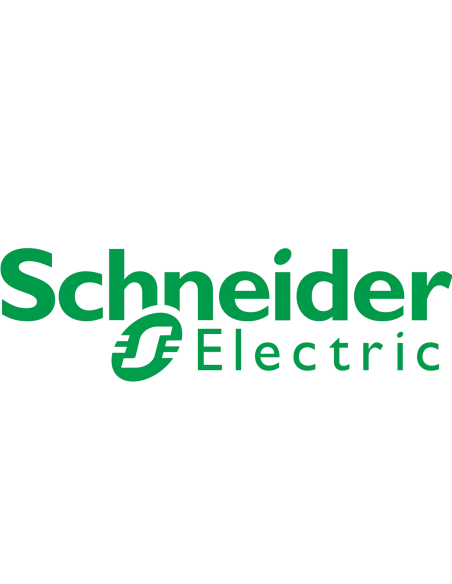 This SCHNEIDER ELECTRIC module is at your disposal in supply or in standard exchange to replace your defective equipment and has a guarantee.

To meet the needs of machine builders and users, automation architectures are being decentralized while achieving performance comparable to that obtained with a centralized structure. The Advantys STB distributed I/O solution, an open and modular I/O system, is used to design industrial automation islands managed by a master controller via a bus or a communication network. island come in the form of electronic modules that combine on a DIN profile to form one or more segments in which the power supplies (logic, sensors and actuators) are automatically distributed. This integrated concept is known as “mechatronics”. The sensors and actuators are connected to the input/output modules using removable screw or spring terminal blocks. Thanks to integrated devices, Advantys STB modules can be plugged in and withdrawn under power (subject to the use of standard type network interface modules).

Each island requires a Network Interface Module (NIM) at the left end of the main segment. Physically, the NIM module is the first on the bus. Functionally, the bus gateway - all communications from and to the bus pass through the NIM module - allows data to be exchanged, configuration operations and man/machine interface to be performed. This module is also equipped with an integrated power supply which provides logic power to the modules of the island. Each NIM has a serial port for connection to low-cost human-machine interfaces.

These modules distribute the power from the sensors and actuators to the input and output modules of a segment. It distributes power independently on the sensor bus to the input modules and on the actuator bus to the output modules. It also isolates the AC and DC voltage groups and eliminates the need for additional connections or protection devices. If both AC and DC I/O are required on the same island, another distribution module will be required; all I/O having the same type of voltage will be grouped to the right of the corresponding power supply module.

I/O modules are mounted to the right of the power distribution module. In total, 32 modules can be connected to a single system, on a single island or distributed over several extensions. In addition, all I/O modules can be hot-swapped, making maintenance easier and faster without slowing down production.

It makes it possible to extend the main segment by adding 1 to 6 extension segments and to integrate recommended modules such as the TeSys U starter into these STB islands. 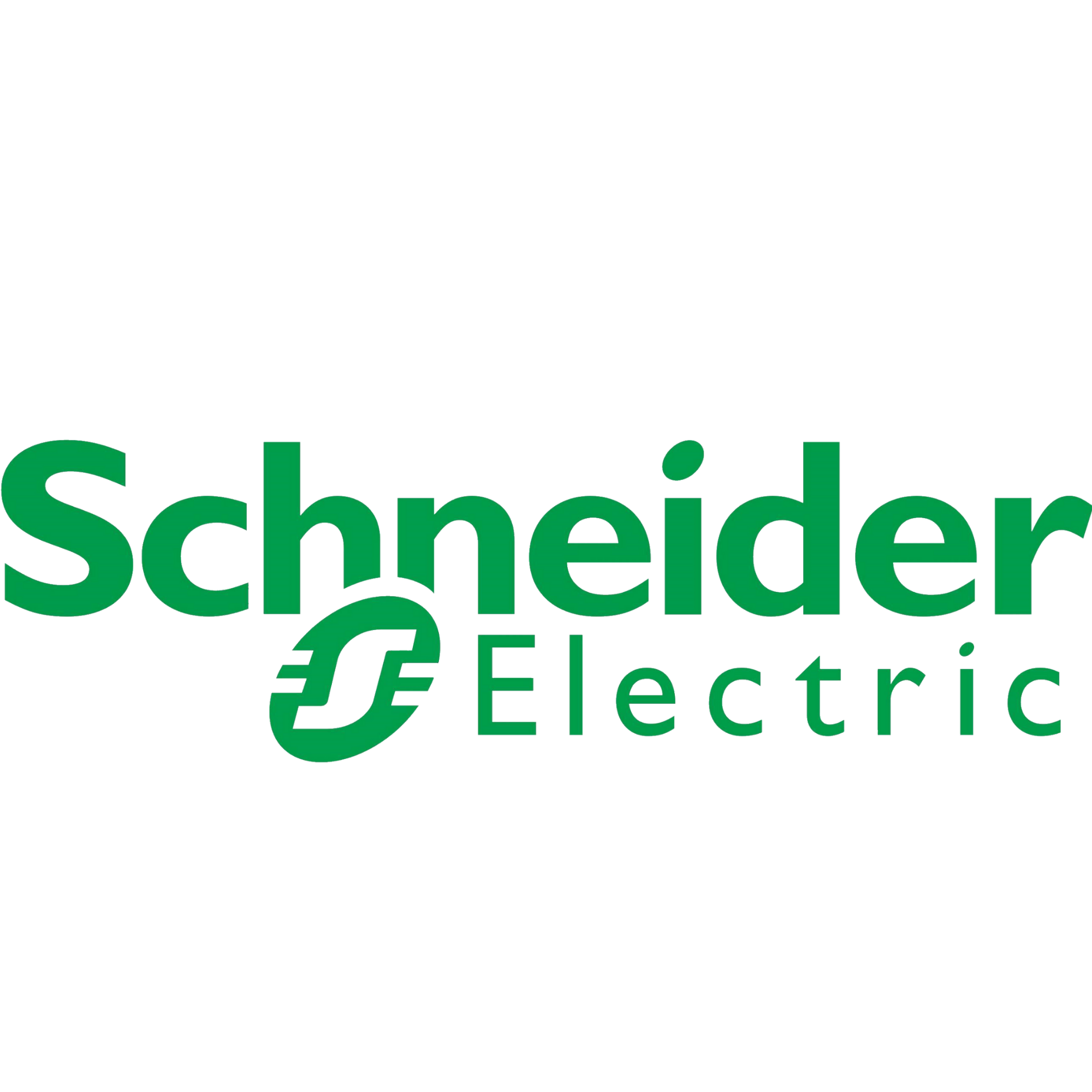 SCHNEIDER ELECTRIC is a French industrial group with international dimension, which manufactures and offers electricity management products, automation and solutions adapted to these trades.

Having consolidated its financial base thanks to the arrival of new shareholders and the simplification of its structures, Schneider began its redeployment at the end of the 1980s. Having joined Merin Gerin in the group (1986), the general management embarked on a acquisition strategy, marked by the integration of important companies that will become the core of the current group: